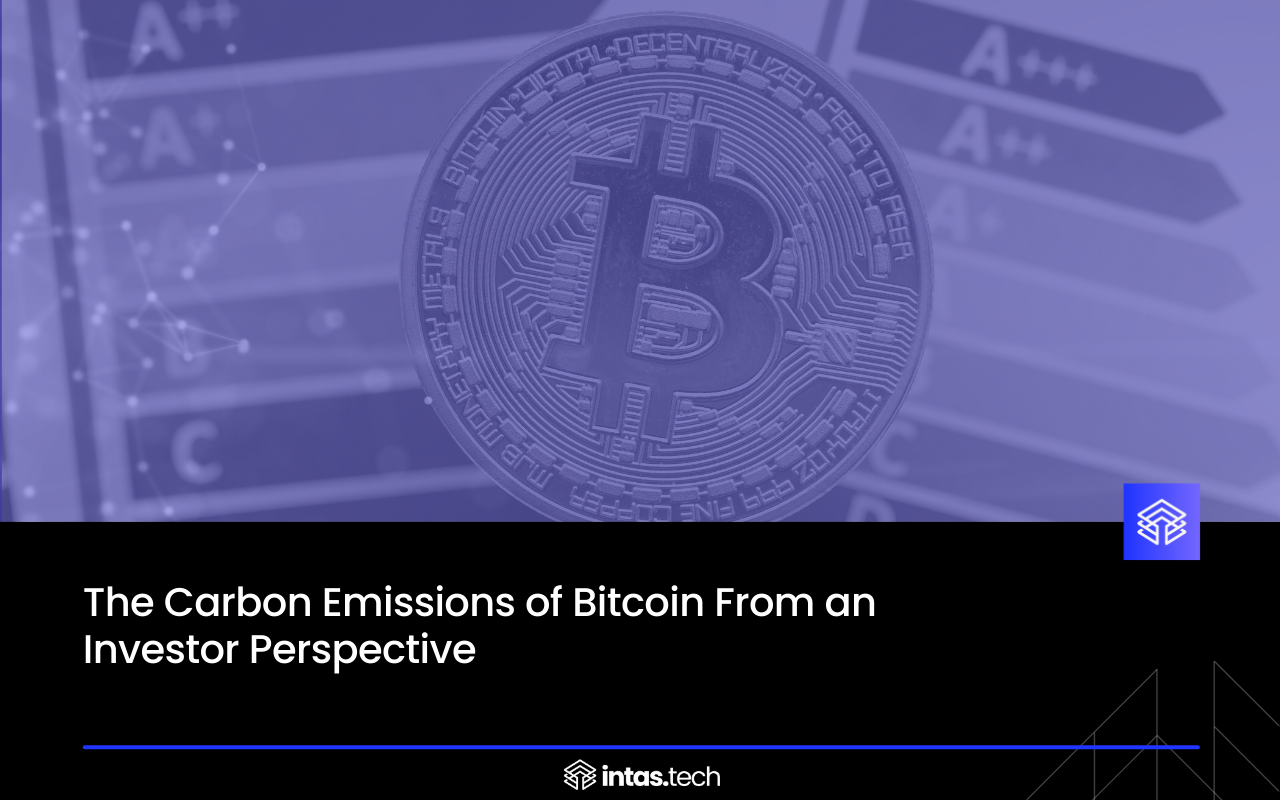 Frankfurt am Main — November 16, 2021 — The Frankfurt School Blockchain Center (FSBC) and INTAS.tech have published a study that outlines a new approach to offsetting the CO2 emissions generated by the Bitcoin network. The study outlines a two-pronged, flexible carbon-offset model for investors, asset managers, crypto exchanges, and custodians that is aligned with Scope 3 of the Greenhouse Gas Protocol. With this approach, interested parties can adapt their offset strategy over time to their particular business model by focusing either on the number of Bitcoins held or on proportional network usage relative to the growth of the Bitcoin blockchain during a given period. — Authors: Prof. Dr. Philipp Sandner, Constantin Lichti, Robert Richter, Cedric Heidt, Benjamin Schaub

The study contains 34 pages and can be downloaded here (780 kB, direct link to PDF).

Although bitcoin has only been around for less than 13 years, it has already had an eventful history. At the same time, however, climate change is becoming an increasingly pressing issue. The CO2eq emissions associated with Bitcoin’s consensus mechanism, namely Proof-of-Work (PoW), have been one of the major criticisms of Bitcoin in recent years. Addressing Bitcoin’s shortcomings and strengthening its role presents a great opportunity to make Bitcoin a more sustainable investment.

Exemplary results refer to the analyzed period from September 1, 2020, to August 31, 2021. For an accurate calculation of an investor’s carbon footprint, the situation needs to be considered individually depending on the company’s business approach (i.e. simple investing, asset management, crypto exchanges or custodians).

Key results of our study

While Bitcoin itself could hypothetically be mined with 100% renewable, carbon-neutral energy, this is not the case today, as miners only have an incentive to optimize their profitability by keeping their costs as low as possible. Under the polluter pays principle, it would stand to reason that CO2eq emissions would be offset by mining companies or mining pools when they purchase the electricity generated for their operations (Greenhouse Gas Protocol Scope 2 emissions). However, this assumption would not be feasible and does not reflect the facts. This is because all parties investing in Bitcoin, whether directly via crypto exchanges or indirectly via financial products such as exchange-traded notes (ETNs) or crypto funds, benefit from the mining operation and thus ultimately from its electricity consumption.

Therefore, an approach is needed that determines the proportional responsibility for Bitcoin’s CO2eq footprint based on the benefits enjoyed by stakeholders. Since Bitcoin mining functions to add new transactions to the blockchain, a quantifiable method is needed to calculate the CO2eq emissions of transactions. Therefore, the most accurate approach is to determine the proportion of blockchain space used relative to total Bitcoin blockchain growth (transaction-based network usage). Figure 1 below illustrates the methodology used in both the transaction-based and ownership-based approaches.

However, this approach would generally exclude many parties who do not have access to their transaction-related data. Moreover, as shown above, a significant portion of Bitcoin’s utility is derived from its long-term macroeconomic model: store of value. For this situation, we propose a computational model that focuses on the proportion of Bitcoins held relative to Bitcoins in circulation for a given period (ownership-based network usage).

In this sense, we see an opportunity for all investors, asset managers, crypto exchanges and custodians to get involved and take responsibility for their associated carbon footprint in the Bitcoin network. In doing so, the goal should not only be to demonstrate corporate social responsibility (CSR), but also to add value to make Bitcoin a more sustainable investment in terms of its carbon footprint.

BCNISTM: Calculation model to determine the carbon footprint of financial products containing Bitcoin in accordance with the Scope 3 emissions of the Greenhouse Gas Protocol. More information on the methodology is available as part of this study. This approach enables investors, asset managers, crypto exchanges, and custodians to identify and comply with regulatory requirements related to ESG criteria such as the European Union’s Sustainable Finance Disclosure Regulation (SFDR) at an early stage.

Companies could apply the above approaches to transactions and ownership of Bitcoins to calculate their carbon footprint, which they should then offset. As noted above, such calculations must take into account the particular business model. It is to be expected that the results of such calculations will have to be verified and checked by specialized service providers in the future.

The study comprises 34 pages and can be downloaded here (780 kB, direct link to PDF).

If you like this article, we would appreciate it if you forward it to your colleagues or share it on social networks. If you are an expert in the field and would like to criticize or endorse the article or some of its parts, you can leave us a private message here or in context and we will respond or address it.

Prof. Dr. Philipp Sandner has founded the Frankfurt School Blockchain Center (FSBC). From 2018 to 2021, he was ranked as one of the “top 30” economists by the Frankfurter Allgemeine Zeitung (FAZ), a major newspaper in Germany. Further, he belonged to the “Top 40 under 40” — a ranking by the German business magazine Capital. Since 2017, he has been a member of the FinTech Council of the Federal Ministry of Finance in Germany. He is also on the Board of Directors of FiveT Fintech Fund, 21e6 Capital and Blockchain Founders Group — companies active in venture capital financing for blockchain startups and crypto asset management. The expertise of Prof. Sandner includes blockchain technology in general, crypto assets such as Bitcoin and Ethereum, decentralized finance (DeFi), the digital euro, tokenization of assets and rights and digital identity. You can contact him via mail (email@philipp-sandner.de), via LinkedIn (https://www.linkedin.com/in/philippsandner/), or follow him on Twitter (@philippsandner).

Constantin Lichti is a research associate and project manager at the Frankfurt School Blockchain Center, and doctoral candidate (PhD) at the Johannes Gutenberg University Mainz. His research interests include Bitcoin and public blockchain adoption, as well as how the discourse on blockchain technology is reflected in (social) media. He graduated from the Technical University of Munich with a master’s degree in industrial engineering and management. You can contact him via email (constantin.lichti@fs-blockchain.de) and LinkedIn (https://www.linkedin.com/in/constantin-lichti-5644b9109/).

Cedric Heidt is a research assistant at the Frankfurt School Blockchain Center with a focus on decentralized governance, DeFi, and cryptocurrencies. You can contact him via email (cedric.heidt@fs-blockchain.de) and LinkedIn (https://www.linkedin.com/in/cedric-heidt/)

Robert Richter, CFA is a research fellow at the Frankfurt School of Finance focussing on Decentralized Finance (DeFi). Robert began his career in the financial services sector in 2012 at Lloyds Banking Group and has worked at Deloitte UK and Deloitte Switzerland since. You can contact him via email (Robert.Richter@fs-blockchain.de) and via LinkedIn (https://www.linkedin.com/in/robert-richter-cfa-6b36945a/)

Benjamin Schaub is a senior consultant at INTAS.tech. His interests include the development and integration of blockchain use cases in the financial industry as well as crypto custody. You can contact him via email (benjamin.schaub@intas.tech) and via LinkedIn (https://www.linkedin.com/in/benjamin-schaub/).

About the Frankfurt School Blockchain Center

The Frankfurt School Blockchain Center is a think tank and research center that explores the impact of blockchain technology, crypto-assets, and distributed ledger technology (DLT) on companies and their business models. In addition to prototyping, it serves as a platform for managers, startups, technology and industry experts to share knowledge and best practices. The Blockchain Center also provides new research impetus and develops training for students and executives. It focuses on the areas of banking, finance, mobility and “Industry 4.0”.

INTAS.tech is a blockchain consulting company founded by Frankfurt School and Plutoneo Consulting, specifically tailored to the needs of financial companies. INTAS.tech focuses on the integration and management of digital assets, as well as the strategic assessment of blockchain deployment opportunities and their implementation. 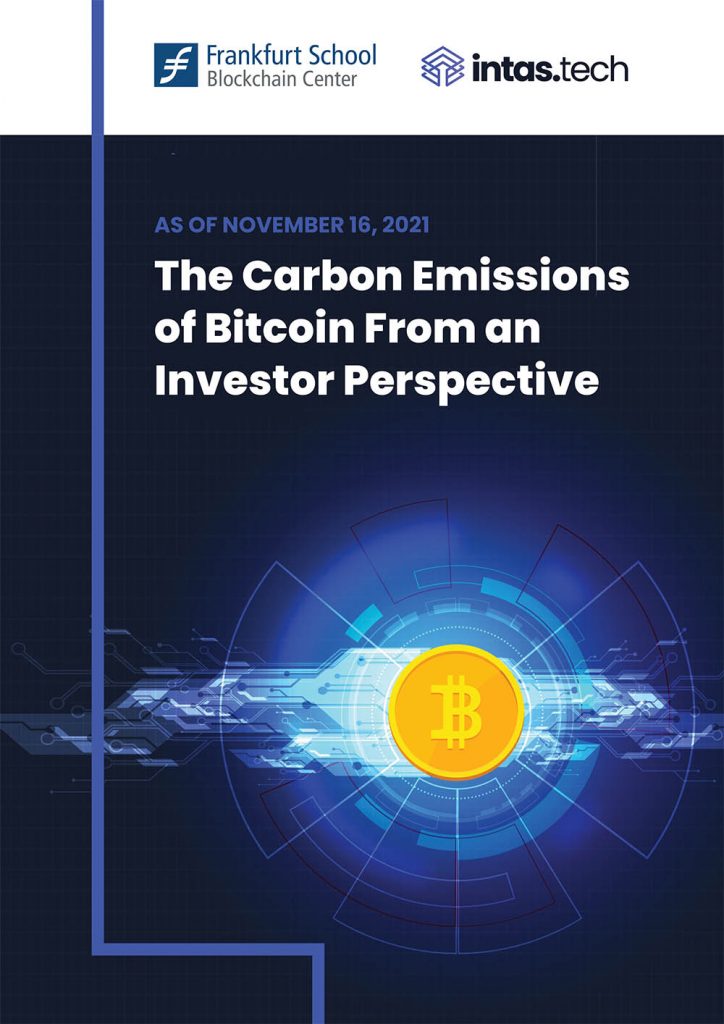 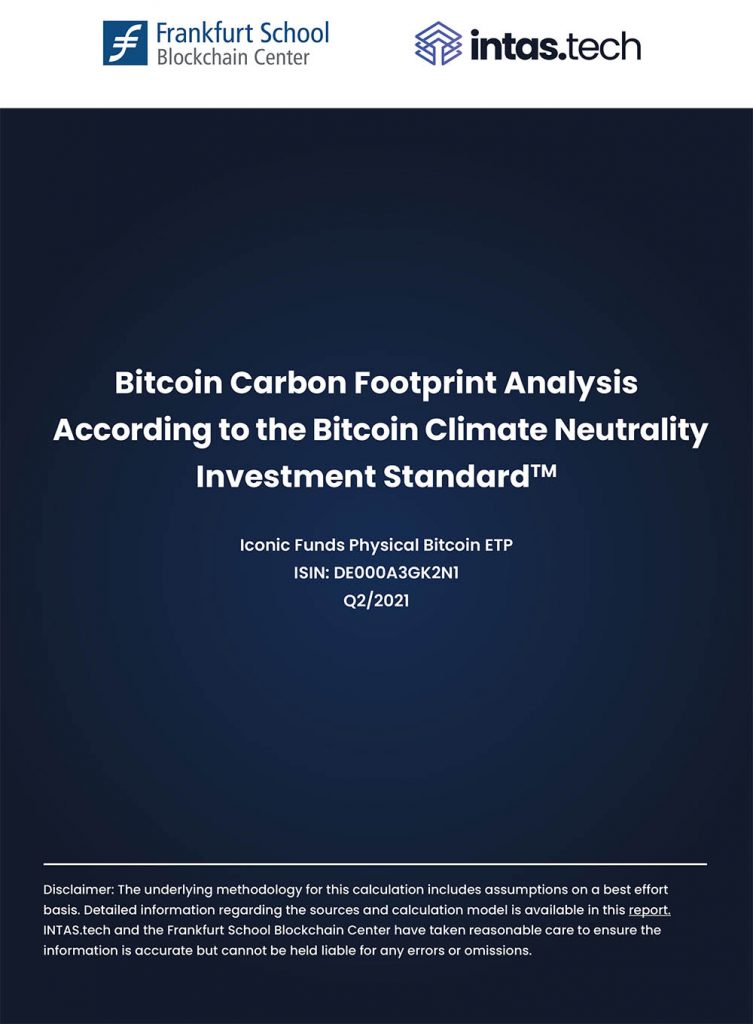